Covid-19 and the water challenge for Malawi

World Water Day’s theme for 2020 is ‘Water and Climate Change‘ and explores how water and climate change are inextricably linked. For the past few years, we have seen how extreme climatic conditions have caused havoc on nations around the world. Malawi has had its share of damage in recent years including urban communities being affected by flash flooding.

I will, however, like to dwell on a more pressing issue.

The world is facing a crisis like no other in recent times. Covid-19 has all but shut down economies, big and small alike, and triggered widespread travel bans. The lifestyles and livelihoods of millions of people have been forced to change.

At the time of writing, Malawi has no confirmed Covid-19 case. But it is only a matter of time. Citizens have been advised, among others, to frequently wash hands with soap and clean water. It is assumed that everyone has access to clean water, and in abundance, to facilitate frequent hand washing.

How safe are you against #coronavirus if you don’t have water? Afrobarometer Pan-Africa Profile reports on access to water and sanitation in Africa. https://t.co/crtR9iSIPk pic.twitter.com/jn2T1JaZZ3

Access to potable water remains a challenge to many Malawians, urban and rural dwelling alike. Outside the organised housing areas in the main cities and towns, water is primarily drawn from wells and streams. Lakeshore dwellers mostly draw water from Lake Malawi. In a perfect world, it would be assumed that the streams and rivers that feed our large water bodies would be a source of clean water. On the contrary, waterways are polluted with everything from industrial chemicals to thin plastics. The quality is other waterways have been compromised by sand mining or erosion.

Have we even touched on the issue of access to soap especially for the majority of rural masses? 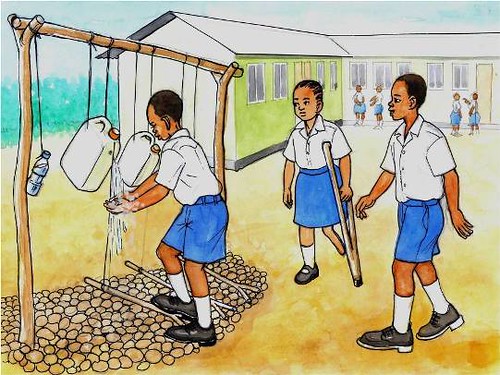 Social distancing, one of the measures used to control the spread of Covid-19, is already proving to be a challenge. Use of packed public transport and our culture of attending funeral wakes in poorly ventilated houses pose serious transmission risks. However, even for the practices that are much easier to avoid such as not shaking hands, certain quarters of society are mocking people who choose not to extend their hand in greeting!

But if we choose to be deliberately oblivious and continue to engage in risky behaviours, will we value the importance of washing our hands – with soap and for a minimum of 20 seconds?