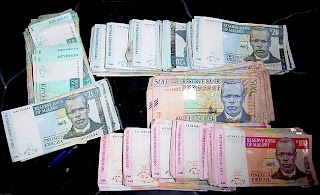 It has been announced that the Reserve Bank of Malawi has reduced the base lending rate by 2.5 percentage points to 15%. Am no economist but I would think this is a good indication of the monetary situation in the country. As a citizen, this is great news as the cost of borrowing gets cheaper despite the fact that commercial banks will normally set their base lending rate 2-3 percentage points above the RBM one then add on another 6 percentage points as their markup. So in effect I will still be paying 23% +/- interest. Nevertheless, economically things are looking up.

I however believe that economic stability can’t work without political stability. They work in tandem. Unfortunately statements coming from both sides of the political spectrum don’t inspire much confidence. To make things worse, it is the heads of these political institutions who are in the forefront making unwanted statements. I think it’s time we all struck a reconciliatory tone, starting from the state president down to the cadres at the grassroots. That way our economic gains will not be wiped away by useless political bickering.